The last part of my daily checkins at the Recurse Center, after months 1 and 2! In this month, I transitioned to doing much more graphical/interacive stuff.

My name is Dasabuki Shinoda. I was born in Kyoto, Japan but spent most of my life in Tokyo. I was a professional model in two stylists’ and an assistant manager’s jobs. I then started working as a model in a fashion photography studio, and found that modeling, photography, and editing were not the most exciting and fulfilling of my interests.

I’ve since discovered the power and joy of design and programming, and have been working for a well-appointed desk ever since.

I’m now trying to figure out what the heck I really am.

I’ve been programming for a while, and recently fell in love with the idea of living in the past, and using computers as a tool for self preservation.

What I’d like to learn and work on at RC

Other than programming I love to listen to and study to the same.

Most of all, I want to get better and master my passions (music and food).

Installing ImageMagick 3.0 and getting some testing/predicting working.

Installing and setting up a “no-fuss” automated testing environment for my codebase.

Getting some “yes” questions from the community about my codebase and project in general.

Long time no see, #checkins stream! :O I had a lovely, quiet weekend. Got some organizational stuff done, got eaten by mosquitoes, and tried using watercolors for the first time! Wrote 25 postcards in total, that I’ll send off to 5 countries today! \o/ #victory 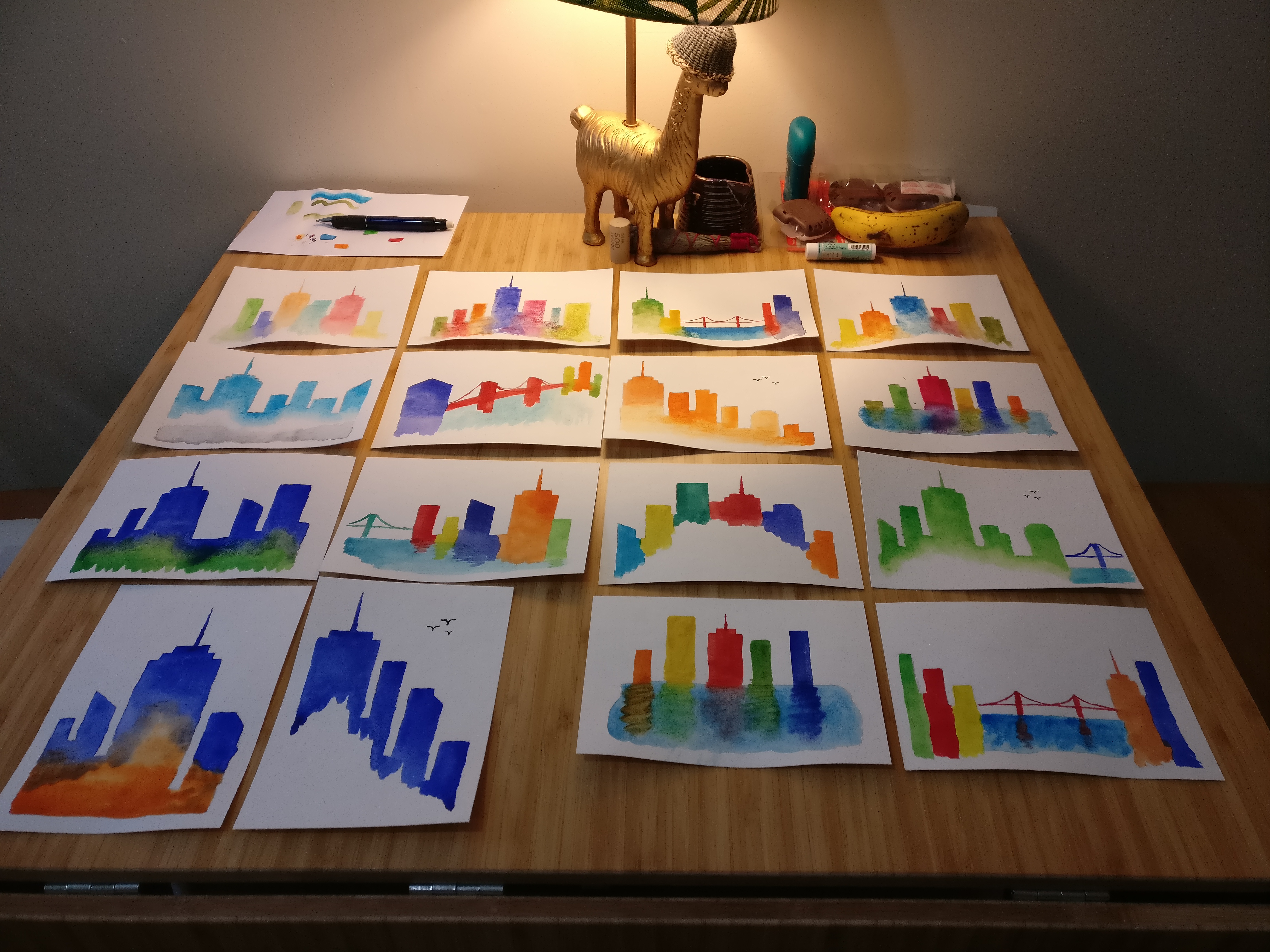 Yes! So since we stopped pairing on emojifier I polished it up a little so it takes in a file as a command line argument. Some choice transformations:

(I thought the faithful -> 🐶was particularly inspired)

Hello! So, here I am, writing my last in-batch check-in! :O It has been a pleasure, thanks for everyone who followed along!

I wanted to add a few closing thoughts to this topic. At this point, I’m back in my hometown Braunschweig, which is conveniently located in the center of Northern Germany. Miss y’all a lot! :green_heart: My time at RC has been one of the most intense, joyful phases of my life, and I feel immensely grateful and privileged that I got to share that with you!

Here’s an open invitation for my fellow batchmates, alumni, and future Recursers alike: come visit me anytime! I can offer comfy places to stay in both Braunschweig and Berlin, and added that info to the couch surfing page on the wiki. If you’re ever in or near Germany, I’d love to meet you, feel free to hit me up!

Also, message me anytime you just want to chat – most things are interesting to me, but I have a lot of experience with interactive and visual stuff, self-organization, and open relationships. My email address is sebastian@morr.cc, and my main phone number is REDACTED (message me via Signal, WhatsApp, or Hangouts!)

You can follow me on Twitter, Mastodon, and GitHub, and probably other places, I’m “blinry” everywhere. :P My homepage has an RSS feed, if that appeals to you. Alternatively, you can conveniently subscribe to my newsletter! I also have a small Patreon page, if you feel like want to support my open source logo design work, or the nonverbal IDEA-style assembly instructions (and occasionally want to get postcards! :3).

A few thoughts for the Summer 2 folks coming in next week (hi! :wave:): in my experience, there’s no “right” way to do RC! Listen to what you need each day, and don’t feel guilty about doing exactly that. At the same time, I’d encourage you to try the things that scare you most. Remember that comparing your own inside with other people’s outside is not a fair comparison. Go to feelings check-in! Practice vulnerability, and make lots of mistakes! <3

See you in #alumni-checkins, and at NGW next year! :)