This game was a very small-scope entry for Ludum Dare 39, created during a sick day in Montreál. In contrast to my past participations, this was a solo entry, so I chose the “hard” ruleset, where you have to create the whole game from scratch, including sounds and music.

In the comments, the game was praised for its “original concept”, and the “clean, simple execution”. Many found it quite hard (including myself), but see for yourself! :) 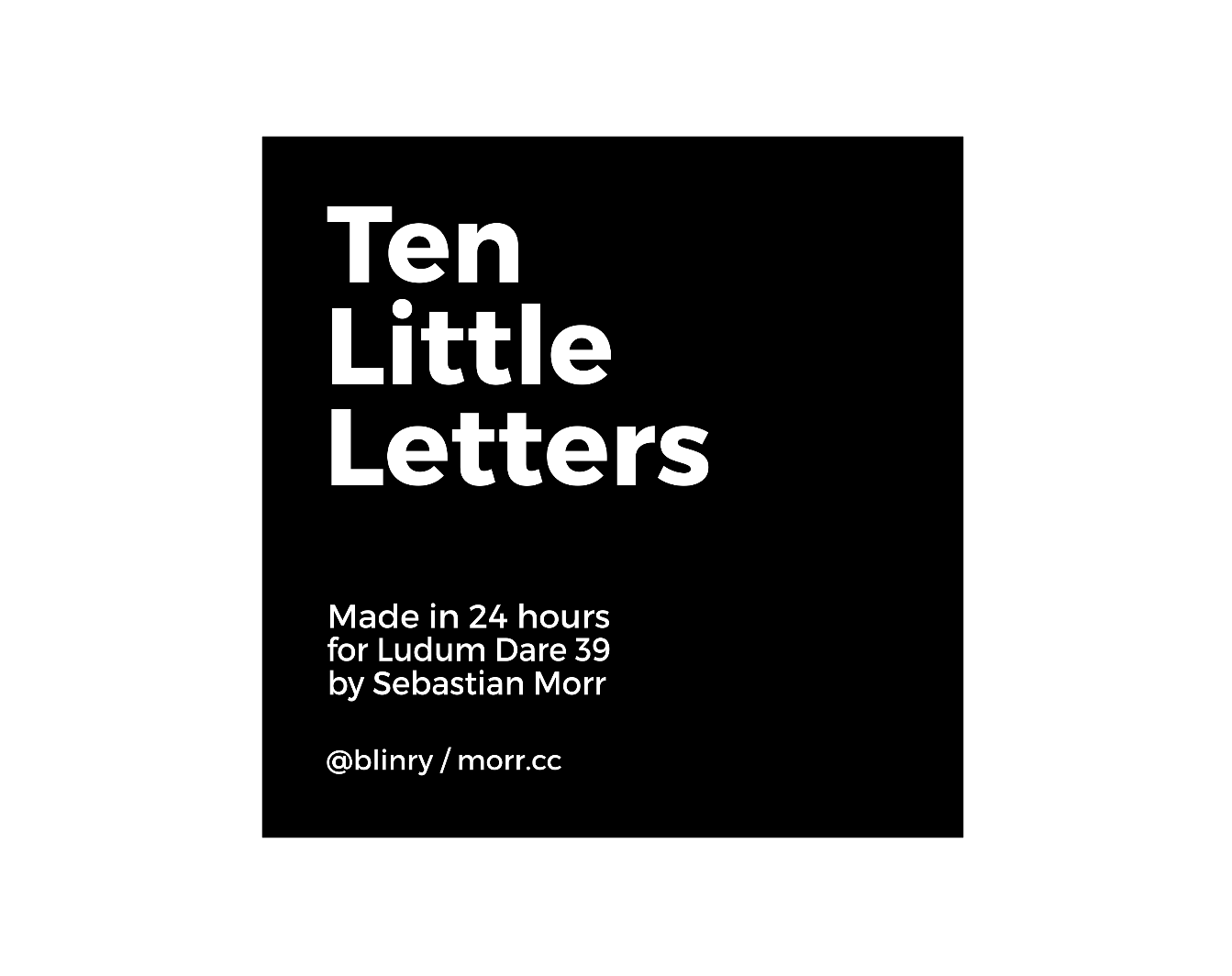 The theme for Ludum Dare 39 was “Running out of Power”. I spent a few hours drafting a game in the style of Japanese number games, where you would need to connect potato batteries to lamps on a grid, but I didn’t find a combination of gameplay elements which would make this really challenging. Another concept had the title You are the Blackout, where you would kill lights in a skyscraper, making the people inside panic and flee to certain locations. This led me to the idea of a platformer which would play completely in the dark, and you would have to orient yourself only via sound effects. I knew I had to reduce the scope to be able to finish this in a day, so the final game is a very reduced version of this: You click around in the dark, trying to guess which letter is there.

To be honest, this is kind of a recycled idea which I already thought of in preparation to managore’s bit jam. The challenge there was to create a game in 1-bit color, on a 1px x 1px display, without any other form of feedback. I didn’t realize it back then, and I think this version with audio and graphical output is probably much more satisfying to play.

Jupi covered the game and discovered that letters are hard:

I’m rather proud of the innovation rating. All other categories are in the upper third, except for “Theme”: